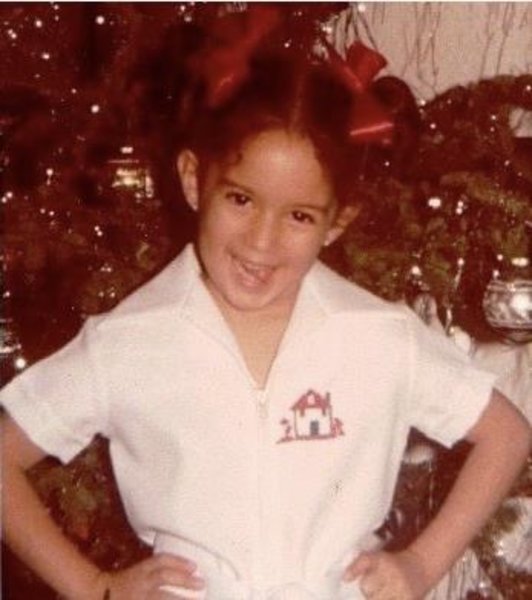 Erika María Ender Simões was born in Panama, Republic of Panama on December 21, 1974 daughter of Brazilian mother and Panamanian / American father; (of European and asian roots). Due to the origin and ancestry of her parents, she grew up with strong musical influences and the culture and traditions of multiple countries, while she had the good fortune of learning Spanish, Portuguese and English.

Early in life, she demonstrated her artistic skills  and began writing her first songs at the age of nine.

Later on, she began to participate in musical competitions and started making appearances on television in her country; both alone and accompanied by her friends from school.

At 16, she won the national poetry contest "Vístete de Patria" and soon made 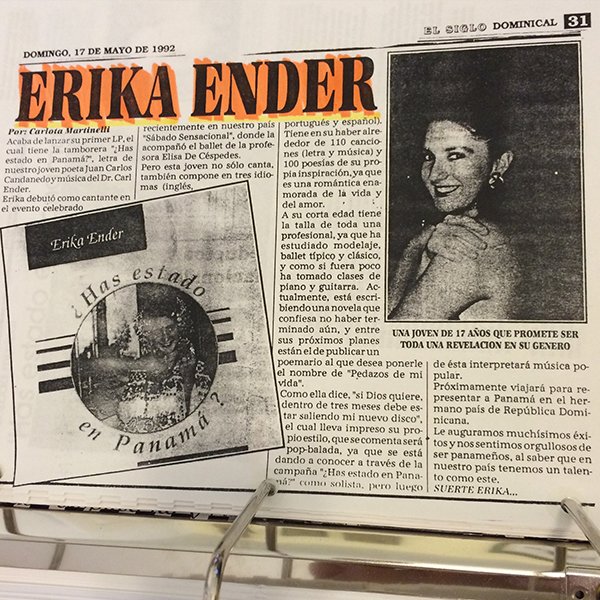 her debut as a singer, on the Venezuelan TV Show “Sábado Sensacional,¨ held in Panama in April 1992; in the framework of a tour for the celebration of the 500 years since the discovery of the Americas. There, she began her career as a professional, singing the ¨Tamborera¨ (a panamanian rhythm) "¿Has Estado En Panamá?" (Juan C. Candanedo / Carl Ender) accompanied by the national folkloric ballet of Elisa de Céspedes. This song was recorded on an Album (LP) as a promotional single; and therefore, she represented Panama at Expo-Sevilla 1992 and promoted Panamanian tourism during that whole year, in which she was also the guest artist at the “Summit of Central American Presidents,¨  among other multiple events.

At the age of 18, (1993) while she began her studies in college (“Bachelor in Mass Communications”),  she placed in the  OTI Festival (national) with her own song (“Mar Adentro”); she also won the National Tamborera Festival as the best performer with “ Panama La Verde ”(L&M: Carl Ender). That same year she re-recorded the album “La Nueva Parranda de Toby Muñoz” with well-known songs from her homeland. 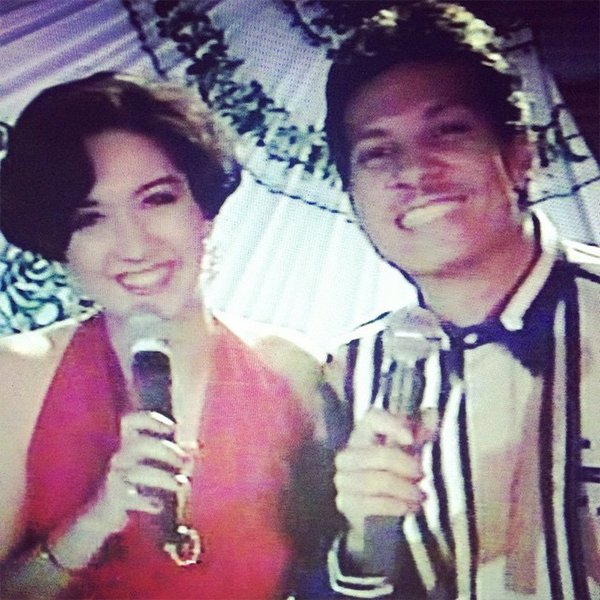 In 1994, she debuted on TV, through RPC (channel 4, Panamá) in the "Son del Patio" segment of the Saturday TV Show "Son de Sabor" and, later on, became a TVN, (Channel 2, Panama) presenter for special events, as well as a voice-off announcer and segment producer, while continuing to sing and write.

Subsequently, she was hired by Telemetro Panamá, Canal 13, (1995-1996) to be a  TV presenter of the weekly musical program "EL MIX DEL FIN DE SEMANA,¨ where she also became a producer of segments and got to meet and interview great artists like Shaggy, Shakira, Gilberto Santa Rosa, Ricardo Montaner, Olga Tañón, among many others ...

During that time, she also shared the same stages, as a singer, with artists such as: Air Supply, Yuri, MDO, Rubén Blades and many others ...

In 1996, she said goodbye to the television screens and made her theatrical debut in the musical play “José El Soñador” (Tim Rice / Andrew Lloyd Webber) directed by Bruce Quinn, in which she was the leading female role (the “Narrator”) .Then, she became part of the Rubén Blades band, as a background vocalist, during the tour of the album "La Rosa de los Vientos" (Grammy winner in 1997). She recorded the background vocals of the song "No voy a dejarte arder,¨ "Carnival," a musical production by Sting, an album in which artists such as Madonna, Lucciano Pavarotti, Bette Middler, and Elton John, among others, collaborated.

In early 1998, she moved to Miami, Florida, USA. After 9 months of a new and difficult start in a foreign land, Erika was selected by the Discovery Channel to present the "Vida@Línea" TV Show (broadcasted to the United States, Spain, Portugal and all of Latin America) where she was the main female anchor for a year, as she continued knocking on doors in the competitive world of music. During that period, she was also chosen as the spokesperson for multiple advertising campaigns, such as: The Miami Herald, Florida Lottery, Americatel with Don Francisco and MCI with Maria Celeste Arrarás. 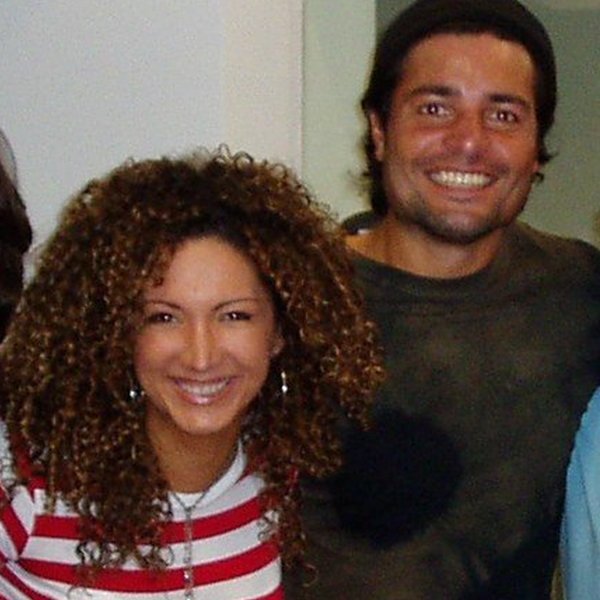 In 1999 her songs began to be recorded by artists in Mexico and South America and in 2000 her English version ("Purest of Pain") of the song "A Puro Dolor" (Omar Alfanno) was chosen by Sony Discos to be recorded by “Son by Four”; and charted on Billbord´s Hot 100.

Then she wrote, along with Donato Poveda, the songs "Ay Mama" and "Candela" that were recorded by Chayanne. The last one  earned her her first ASCAP award (American Society of Composers, Authors and Publishers) as "Best Pop Ballad Song of the Year 2001 ”.

From then on, her name as a composer began to grow in the music industry, and today she is considered the most successful Spanish-American female composer; creator of multi-territorial hits that have gone around the world. Her unique musical versatility has allowed her to diversify her art, in completely different genres and markets, breaking all kinds of parameters, paradigms and records.

At 42, Erika became the youngest person to enter the Latin Songwriters Hall of Fame, an honor backed by her almost 3 decades of professional experience and impressive achievements. She is considered one of the 25 Most Powerful Women, according to the People en Español magazine and repeatedly, she has occupied a privileged place on the list of the 50 most powerful Central American women, according to Forbes Magazine.

With more than 100 multiple awards and recognitions throughout her career, it should be noted that she has two Latin GRAMMYS. In 2016 she won Best Regional Mexican Song of the Year, for  "Ataúd" (Ender / Moreno / Vélez), performed by Los Tigres del Norte and in 2017 she won Song of the Year for ¨Despacito¨ (Ender / Fonsi / Ayala). She is the first and only Panamanian woman to win this precious award, in addition to being the only Central American composer to obtain it. 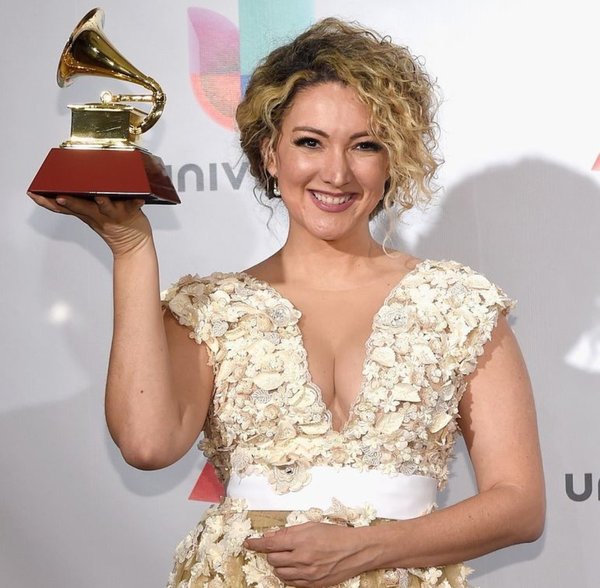 Erika Ender is also the only Hispanic composer who has been nominated for a GRAMMY in the Song of the Year category; marking another of the multiple records she has achieved in her career.

Dispatched in its original version (Ender, Fonsi & Ayala), she broke multiple records, worldwide and, with the remix version, in which Justin Bieber joined, the song rose to No. 1 on the Billboard Hot 100 list, where it remained for 16 consecutive weeks, tying the record for most  weeks in first place on the existing list so far (Mariah Carrey´s and Boyz to Men ¨One Sweet Day¨)  and becoming the only song in Spanish to remain so many weeks as the No. 1 of that list. "Despacito" was the No. 1 song in global streaming as well in sales and its video is the the most viewed in the world (of all time) and the first to exceed 6 billion views. In addition, the song broke the record on the Billboard Hot Latin Songs list, remaining on the charts for over 110 weeks.

Erika tied Mariah Carey as the female songwriter with the longest No. 1 song of all time on the Billboard Hot 100 list existing until 2019. She is also, the only female songwriter to achieve a  No. 1 on that list with a Spanish song.

At least 40 singles penned by her have been topping charts and sales, in different regions and territories; and her songs have been recorded on more than 200 albums.

Ender has multiple discs of gold, platinum, double platinum, diamond and double diamond which represent the highest recognition on sales of the RIAA (Recording Industry Association of America). 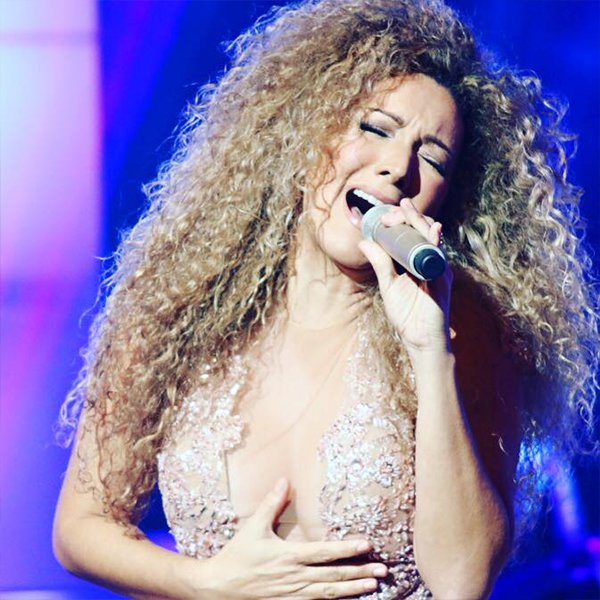 Ender sings her heart out which makes her  immediately connect magically with her audience, either singing her ballads or her up-tempo music, based on contagious melodies and smart lyrics. She is able to create a roller coaster of feelings in her audience and knows how to make herself unforgettable.

First places with singles like: ÁBREME LA PUERTA, LUNA NUEVA, CHEQUE AL PORTADOR, QUIEN SALE NO ENTRA, MASOQUISTA, SIGO CAMINANDO, and EL LUGAR QUE ME VIÓ NACER, among others, have led her to turn her songs into hits that became  classics in her country.

She has also reached first places in lists in Brazil, Peru, Puerto Rico, Spain, Ecuador and Chile, among others.  She has internationally released seven studio albums: Tatuajes (nominated for Best Singer-Songwriter album in the 2017 Latin Grammys); EriKa MusiKa, Cueste lo que Cueste, Ábreme la Puerta and Panamá Mía (a tribute to her country), MP3-45, besides the DVD ¨En Concierto¨. 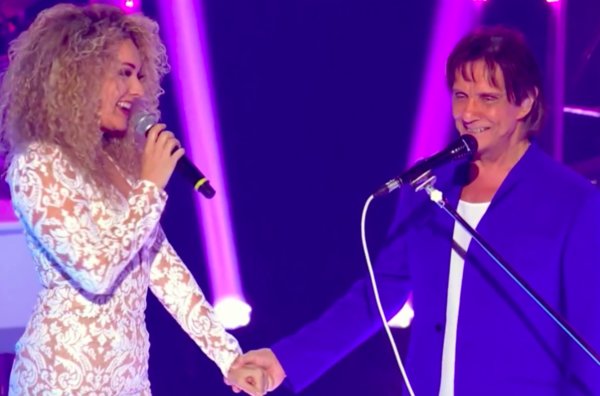 The hit "Cheque al portador" allowed her to classify in the recognized Viña del Mar Festival in 2004, in which she represented her country, Panama, for the first time in 45 years and has recorded her voice on albums like "Divorcio,¨ by Julio Iglesias. 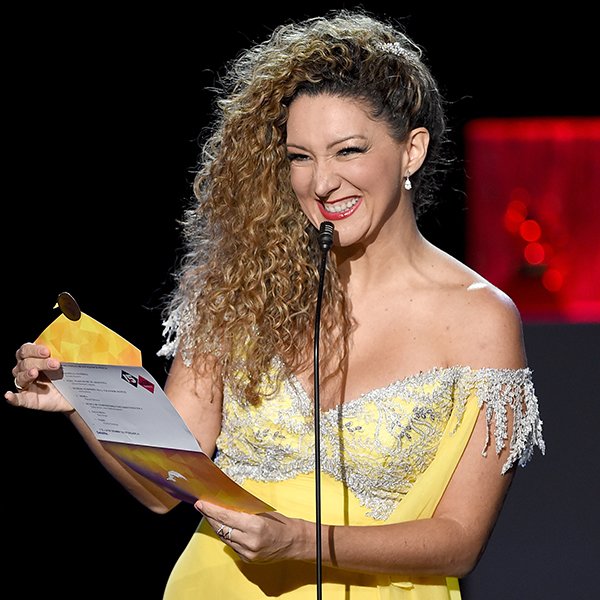 In the television world, Ender has also had an outstanding and respected career, both as a presenter, actress and celebrity judge of renowned reality shows. She also produces and creates formats, including TalenPro, La Cuerda, Vital, among others and has her own company for media content and production. Within her TV work, the following stand out:

Cinema / TV as an actress:

As a presenter, the following stand out:

And as the main figure and/or spokesperson for international brands and commercials: Miami Herald, Florida Lottery, MCI (with María Celeste Arrarás) and AmericaTel with Don Francisco. In her country, Panama, she has also worked with multiple brands such as COPA Airlines, Movistar, Cerveza Panamá, Almacenes El Campeón, Machetazo, among others . 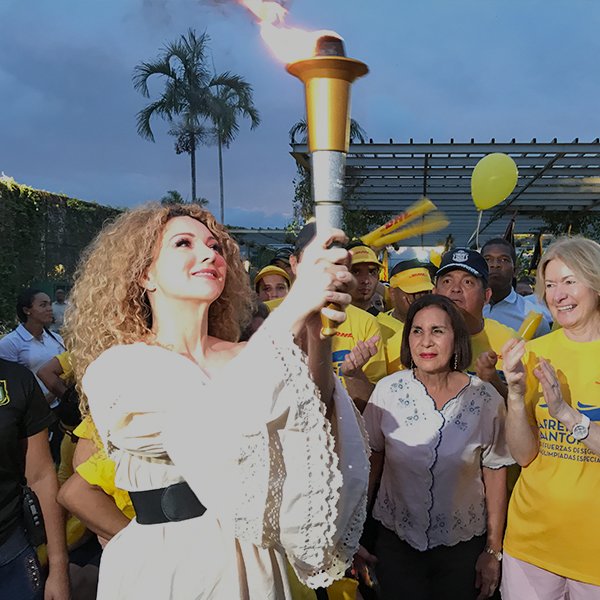 ENDER is a Global Ambassador for the Special Olympics and has also been the spokesperson for international campaigns such as MOVE IT OR LOSE IT for the INTERNATIONAL OSTEOPOROSIS FOUNDATION along with Queen Rania of Jordan, footballer Paolo Rossi, Jet Li and Kirk Pengilly of the INXS band.

Committed to her duty as a human being, she has developed a laudable philanthropic work. In addition to supporting multiple causes for her country and the world; in 2009 she founded the Puertas Abiertas Foundation, and has been working for Panamanian children and youth, through music, values, integrity of the individual and awareness of social responsibility. Her Foundation has developed projects for the eradication of child labor,  and has given motivational musical workshops inside and outside the country. It has offered regular and free classes for children and young people freed from child labor, providing high risk and scarce resources and  as it´s major project. 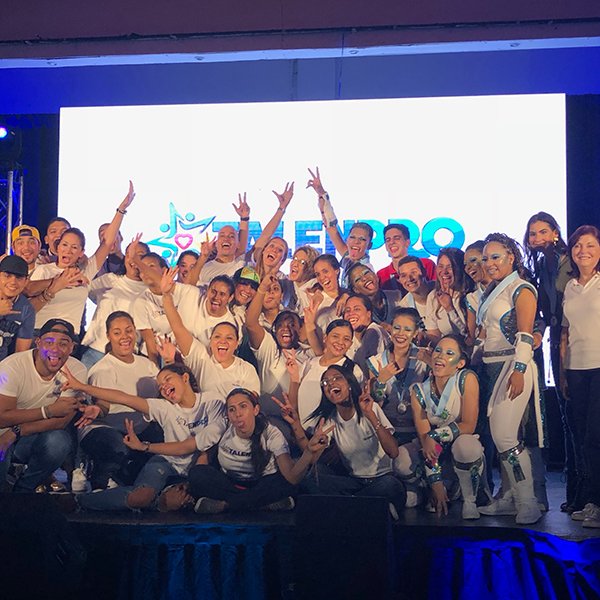 TALENPRO (Talent with Purpose), created and produced by Ender, has a nationwide impact uniting entertainment, culture, education, values and solidarity through social work in new generations. TalenPro not only functions as a great art platform, but also restores schools in a vulnerable state; It benefits thousands of children and young people every year and awards all the winners of the different artistic categories in the competition.

With a career spanning 29 years, Ender is, without a doubt, the Panamanian woman who has made the most history in the world, a Hispanic woman who has broken records and created new and successful roads. She is a unique example of a woman who develops all of her artistic gifts simultaneously  and with excellent results and achievements. Besides all of that, she is leaving a great legacy as a professional and as a human being. She is a living example that shows everything is possible and she never ceases empowering others, globally through their work and life testimony, proving anyone can follow their dreams and reach them, based on talent, awareness and merit.